Understanding Intent versus Impact in the World of Marketing 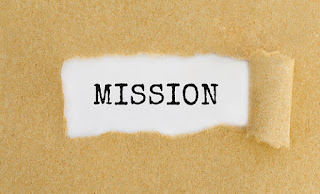 It is essential to understand as much about your audience as possible, especially the differences between "intent" and "impact" in the world of marketing. Intent is something that you have total control over - it's what every font selection, every color choice, every turn of phrase and every piece of collateral is ultimately building towards. Impact, on the other hand, is something else entirely. Making an effort to understand the difference between these two concepts is the key to maximum success moving forward.


It All Comes Down to Perspective

The major difference between intent and impact ultimately comes down to a matter of perspective, or an acknowledgment that sometimes a statement (or in this case, a marketing message) isn't necessarily as "black and white" as you may have thought it was. In addition to knowing who the people you're marketing to actually are, it's important to understand as much as you can about the way they think.


Before you send any marketing message out into the world, there are a few key questions you need to ask yourself:


How will this message play in different regions of the country? Are there certain terms that are used one way on the coasts and another way in middle America? What difference does that make, if any, in terms of how that message would be received?


How do pain points differ based on audience? Is a very specific problem that one portion of your audience has not an issue at all to others? How does something like economic status play into how a particular message might be received?


How will the culture change the way the impact of a message varies when compared to the original intent? Even if you're not a global company, think about things from that perspective. You would probably have to make some adjustments to your messaging when marketing to customers in Europe versus those in the United States as you're talking about two totally different cultures with different norms and taboos. Are there any cultural implications that might adjust the impact of your message in a way you're unprepared for?

This approach will help give you as much insight as possible into the various perspectives of the people you're trying to reach, which can not only make campaigns resonate more but it can also help avoid sticky issues like this one at the same time.


At the end of the day, the difference between intent and impact in the world of marketing can be summarized like this. "Intent" is the thing that you were trying to do - the message you were trying to convey or the goal you were trying to accomplish. "Impact" is what you actually did, which itself is influenced by a wide array of different factors. Sometimes a message that you had complete confidence in is received in a way that you could never have predicted and these are the types of moments you need to be ready for.
Read more of our informative blogs at:http://store.printcafeli.com/blog/Print_Cafe_Blog.html
at February 12, 2018